Multi-Platinum, GRAMMY® Nominees MercyMe Celebrate Today’s Release Of Always Only Jesus, 5x RIAA Platinum Certification Of “I Can Only Imagine”

Multi-Platinum, GRAMMY® Nominees MercyMe Celebrate Today’s Release Of Always Only Jesus, 5x RIAA Platinum Certification Of “I Can Only Imagine”

GRAMMY®-nominated band MercyMe has a lot to celebrate. Their 11th studio project, Always Only Jesus is available today, and their massive multi-format hit “I Can Only Imagine” has just received 5x RIAA Platinum Certification. 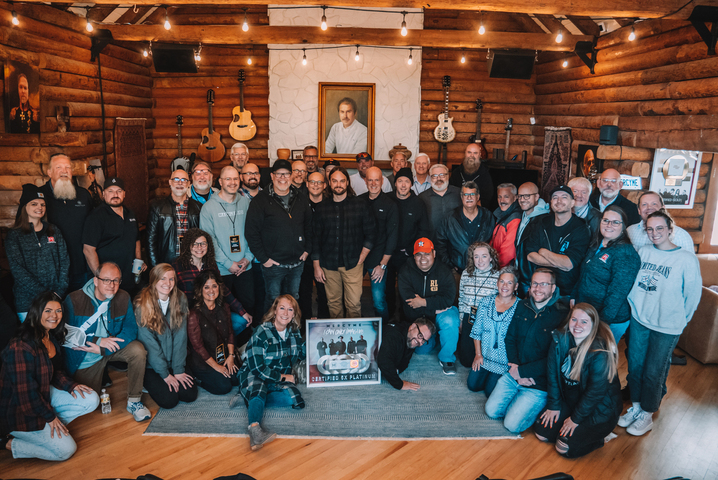 “It’s pretty crazy to be launching our tour this week, release our 11th studio album, and then find out about ‘Imagine’s’ 5x platinum certification,” said lead vocalist Bart Millard. “When it released over 20 years ago we never knew the impact it would have. We are just so grateful we have the opportunity to still make music that we hope will draw people ultimately closer to Jesus.“

It’s been a busy week leading up to the release, kicking off with a sold out crowd at Red Rocks and then launching their fall tour last night in Sagninaw, MI, followed by Millard presenting at the GMA Dove Awards with friend and 2x Super Bowl Champion Ben Roethlisberger. 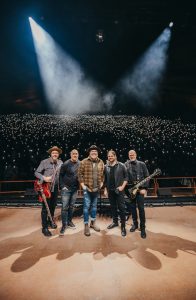 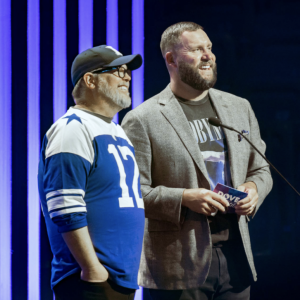 Additionally, MercyMe teamed up with SiriusXM The Message, Channel 63 to allow fans be the FIRST to hear the album in its entirety yesterday. The band spoke about the album and shared stories on every song and even play an acoustic version of “Then Christ Came” from their studio cabin where the album was made. SiriusXM subscribers can listen anytime HERE  & non subscribers can listen with a 3 month free trial HERE.

The 10-song collection on Always Only Jesus is filled with the musically inventive, lyrically substantive songs that have always been the bedrock of MercyMe’s decades long career, including the project’s first single, “Then Christ Came,” currently playing on close to 95 stations, rising to No.5 on Billboard’s AC Indicator chart and No.10 on the Billboard AC Monitored chart this week. The song follows an impressive streak of 48 No. 1 radio singles that have not only fueled MercyMe’s 28-year career, but also helped define the landscape of contemporary Christian music.

On Always Only Jesus, the band has created a poignant album that is perfect for this time and for all time. “I feel like that’s what we need right now is an anthem that we can all agree on,” guitarist Mike Scheuchzer says. “We may not agree on anything else, but we all agree that it’s ‘Always Only Jesus.’ That’s why the album feels like anthem after anthem after anthem because they are all definitive statements about Jesus.”

As MercyMe wraps their fall tour dates, they’ll join Chris Tomlin for the one-of-a-kind co-headline tour this December 1-13, “Chris Tomlin X MercyMe: A Winter Tour.” Tickets for the tour are on sale now at tomlinmercyme.com.