We are giving away a special Facing Your Giants prize pack courtesy of Jack Cassidy, featuring a copy of Max Lucado’s book Facing Your Giants: God Still Does The Impossible along with a slingshot and YOU could be a winner! For those of you that don’t know the name yet, Jack Cassidy is a new artist that we are so excited to introduce you to. Coming from a family with a long history in show business, Jack is no stranger to the spotlight. His personal story is one of fame, personal setbacks, and redemption. It truly is a God story about overcoming the giant in his life just like the story of David overcoming Goliath.

Enter for your chance at winning a copy of Max Lucado’s Facing Your Giants book + a slingshot!

My name is Jack Cassidy, and I’m a 21-year-old singer-songwriter originally born and raised in southern California. Music has been in my blood since the day I was born. My grandmother (Shirley Jones) was the mother in the Partridge family and an Oscar award winning actress. My uncles (David and Shaun Cassidy) were both teen pop stars and at one point in the 1970s, David was the biggest star in the world. My dad (Patrick Cassidy) has made a career as an actor mainly in musical theatre for over 40 years – from Broadway to television and now an artistic director for a theatre company in Franklin, TN. My mom has made a whole career in dancing – from touring with David Bowie to Cher – and even performed at the Oscars. But as much as I love my family and respect their tremendous accomplishments…I don’t want to be known for being just another Cassidy.

Life wasn’t easy behind the scenes for most of my family. We have problems like everybody else. But in show business, those problems get even more enhanced. My uncle David had a continuous problem with alcoholism which eventually led him to an early death. Much like my uncle, my battles with depression and anxiety led to a desire to self-medicate and numb the pain. Everything about my natural behavior without Jesus was leading me that same direction. Shortly after high school, I got hooked on cocaine. That addiction took me to some of the darkest places I have ever experienced. 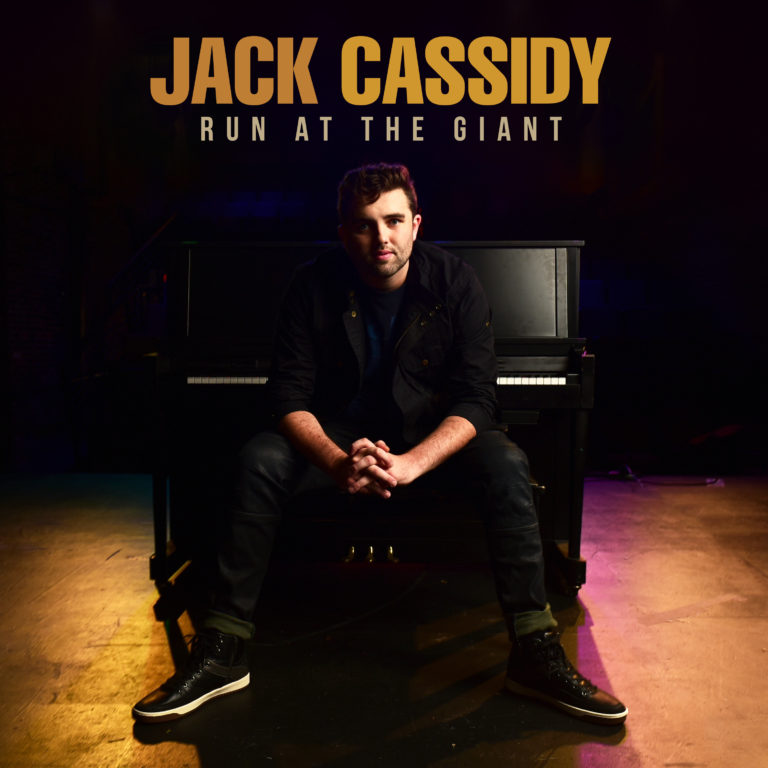 I would often find myself doing anything I could just to get high. I would spend countless hours – isolated in my car – taking line after line. One night in particular, I was on a three-day bender in Santa Monica, CA. I had a batch of some really strong drugs, and by my last hit on the third night, my body went completely cold. I couldn’t breathe. My heart started pounding out of my chest and it felt like I was about to have a heart attack. In the midst of an overdose, I dropped to my knees and begged the LORD to save me and keep me alive…and He came.

My heart slowed and I felt His peace in the midst of chaos. He was the only reason why I got through that night. As I was trying to clean up the mess that I made, I heard Him clearly say, “can I clean up this mess with you?” I have now been clean for over two years, and I wouldn’t have been able to do it without Him.

Cocaine was the giant in my life, but it hasn’t been the only one. I have fought that battle while trying to overcome my struggles with fear, rebellion, self-worth, mental illness, and even in some seasons leaning towards atheism. We all have giants in our life that seem impossible to overcome. They’re so big and overwhelming that fear and retreat seem like the only option. What I have experienced in my relationship with the LORD is that He alone has given me the power to run at those giants head on.

We see that in the Bible and the story of David and Goliath. The Philistines were on one side of a valley and the Israelites were on the other. A nine foot tall giant was standing in the center mocking the Israelites who were absolutely paralyzed in fear. But the question David knew the answer to that the rest of the Israelites didn’t is “why is this giant that looks impossible to defeat holding us back when we know the almighty God in heaven is with us and for us?”

Young David gathered five stones and ran at Goliath without fear. Against all human odds, David defeated the giant with the throw of only one small stone. I think it’s obvious to everyone that David didn’t stand a chance if God wasn’t with him. But what the LORD wants us to never forget is that with God, we can face the giants we’re too afraid to face on our own – to run at the things that used to hurt us – and vanquish the impossible giants.

My mission is to give Jesus the spotlight with every chance I get. I don’t think it’s any coincidence that God chose a singer in a family that has entertained the world to now rejoice His name. My hope is that when you listen to “Run At The Giant,” you will be reminded that you too can run at and defeat the giants in your life.

About Facing Your Giants: God Still Does The Impossible by Max Lucado

How long has your Goliath dominated your days and pilfered your peace?

Like David, you know well the presence of Goliath. Your Goliath doesn’t carry a sword or shield; he brandishes blades of unemployment, abandonment, or depression. Your giant doesn’t parade up and down ancient hills; he prances through your office, your bedroom, your classroom. He brings bills you can’t pay, addictions you can’t resist, a past you can’t shake, and a future you can’t face.

How long has your Goliath stalked you? Invaded your first thought of the morning and last worry of the night?

David knows a little something about facing giants. The shepherd boy seemingly had little to offer against the nine-foot, nine-inch Goliath. You could read his story and wonder what God saw in him. Throughout his life, David fell as often as he stood, stumbled as often as he conquered.

But for those who know the threat of a Goliath, David gives this reminder:

Are you ready to face your giant? Let David’s story inspire you. The same God who helped him will help you. 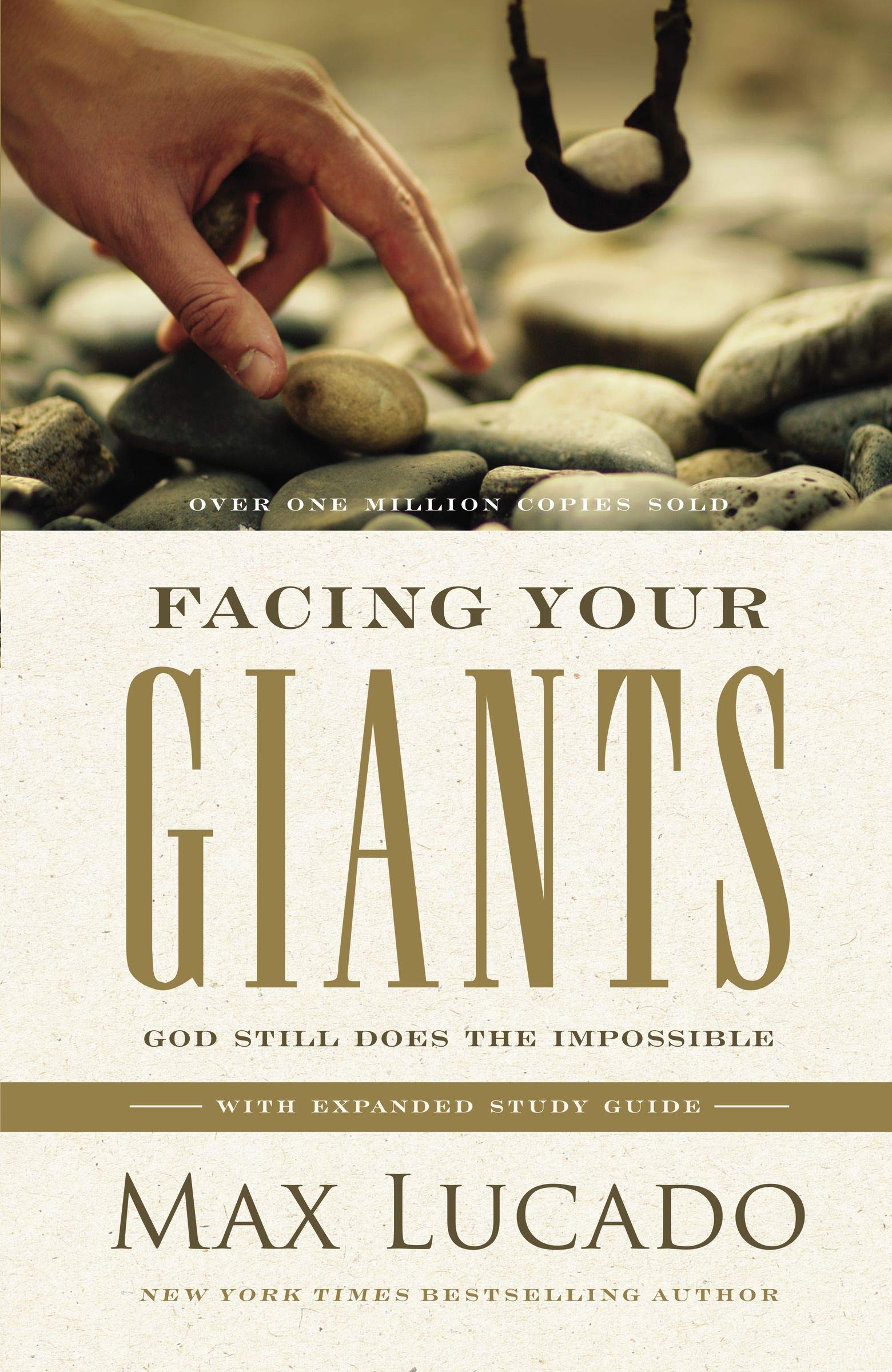 Win a copy of Max Lucado’s Facing Your Giants book + a slingshot ! Don’t forget to sign-up for our newsletter and never miss a contest!