Behind The Song: CAIN Shares The Heart Behind Their Song “Rise Up (Lazarus)”

Home Christian News Behind The Song: CAIN Shares The Heart Behind Their Song “Rise Up (Lazarus)”
NextPrevious

Behind The Song: CAIN Shares The Heart Behind Their Song “Rise Up (Lazarus)”

This week’s featured song story comes to us from the band CAIN. We’re excited to share with you the story behind their song “Rise Up (Lazarus).”

“It’s this triumphant song about come on and rise up. My story is one of secret. As I felt myself feeling separated from God in cycles of destructive behavior & sin, the last thing I wanted to do was rise up. The last thing on earth that I wanted to do was to stand up and do what was right. When I feel defeated it’s easy for me to recluse, to become comfortable in that place but I know that the voice of Jesus is always gonna call me to rise up. If you hold onto that truth, that voice will get loud and it will eventually get louder than the voice that’s telling you to not rise up. There is no greater feeling of being alive than when you decide that I’m gonna take the power that’s given to me by the blood that was shed on the cross and I’m going to stand on top of this thing that has held me down. When you rise up anything that felt like life before that pales in comparison.” – Logan (CAIN)

Click on the video below to hear Logan (CAIN) share the story. Scroll down to listen and read the full lyrics of the song.

From the album CAIN – EP. 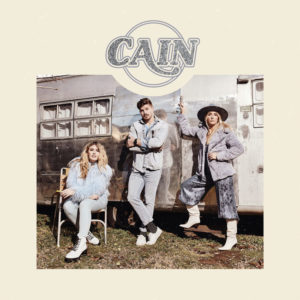