Behind The Song: Casting Crowns Share The Heart Behind Their Song “Nobody (feat. Matthew West)”

Home Christian News Behind The Song: Casting Crowns Share The Heart Behind Their Song “Nobody (feat. Matthew West)”
NextPrevious

Behind The Song: Casting Crowns Share The Heart Behind Their Song “Nobody (feat. Matthew West)”

This week’s featured song story comes to us from Casting Crowns. We’re excited to share with you the story behind Their Song “Nobody.”

“There was a day that came when John the Baptist could’ve had his moment to make a name for himself. Everyone came to him and said ‘Who are you? Tell us who you are so we can go tell everyone else.’ He says ‘I am just a voice out here in the wilderness.’ It sounds like a poetic statement but what he’s saying is just straight. I’m nobody. You don’t need to know me. I’ve got nothing for you. If you’re going to meet me and you’re going to leave, the thing that’s gonna last is going to be Jesus. Because he [John] knew I’m not the point. I’m here to point to the point [Jesus].” – Mark Hall (Casting Crowns)

Click on the video below to hear Mark Hall of Casting Crowns share the story. Scroll down to listen and read the full lyrics of the song.

From the album Only Jesus. 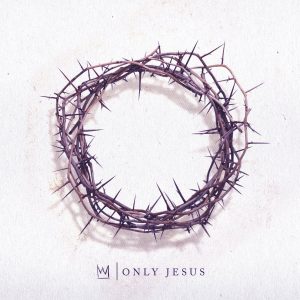 Well, the moral of the story is
Everybody’s got a purpose
So when I hear that devil start talking to me, saying
“Who do you think you are”
I say…

So let me go down, down, down in history
As another blood-bought faithful member of the family
And if they all forget my name, well, that’s fine with me
I’m living for the world to see
Nobody but Jesus