Listen To The Afters’ BRAND NEW Album “Fear No More” And Watch The Music Video Out Now!

Listen To The Afters’ BRAND NEW Album “Fear No More” And Watch The Music Video Out Now!

Writing and recording music written from the human experience has long been a specialty of award-winning band, The Afters. Their deep catalog of songs connects people to one another, putting words to both the answered and unanswered prayers of the heart.But when it was time to write for their new album, Fear No More, band members Josh Havens, Jordan Mohilowski, Matt Fuqua and Dan Ostebo found themselves looking inward and leaning on each other in a brand-new way.

For Fear No More, the members dug deep, each desiring to make an album that truly reflected the inner-most parts of their own humanity, including the parts they wouldn’t have normally chosen to expose in such a public way. “We’ve always been super open with one another, but haven’t always been as vulnerable with our music,” Ostebo says. “This record is us trying to open up in a bigger way. The only way for vulnerability to show up in songs is to have the conversation first.”

“It’s hard to have that kind of conversation, when you’re honest in a significant way,” Fuqua says. “But when you do it, when you stretch yourself, it inspires other people to do the same.”

Last Friday The Afters released their brand new album Fear No More, along with a brand new music video! Watch it below and head over to Apple Music, Amazon, or Spotify to listen to it now.

“I’ve struggled with anxiety since the 2nd grade. I go through okay seasons, but then something will happen that sends me into a spiral of anxiety. When we sat down to write this song, I was in a really dark place. I wanted to write from that, wanted to write a song that would respond to that feeling of anxiety, something people could sing over their lives. It was a beautiful moment, the way we all collaborated on it and how it all came together. During the album writing process we clung to Deuteronomy 31:8 – ‘He will never leave you nor forsake you. Do not be afraid; do not be discouraged.‘” – Jordan Mohilowski 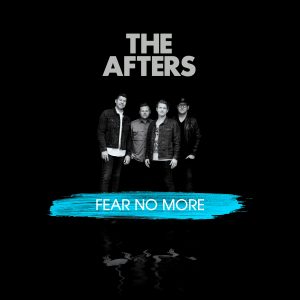