Looking for great shows to see in the next few months? This is our list of the the top 8 tours that you will not want to miss this Winter and Spring! 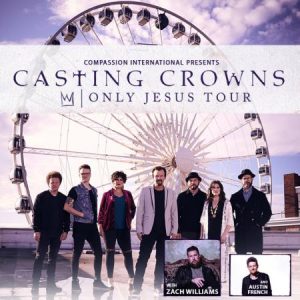 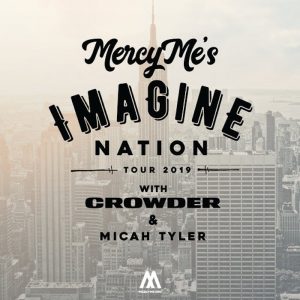 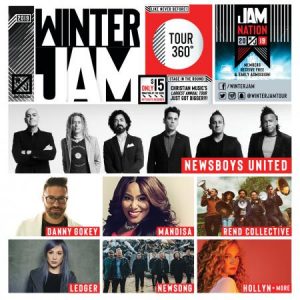 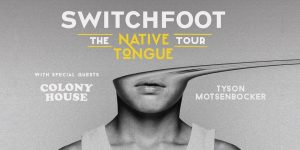 Grammy® winning singer-songwriter and one of the most successful Christian touring artists, Chris Tomlin, announced plans for his 2019 spring tour, the Holy Roar Tour. The tour will launch in Kent, Washington on March 7 at the ShoWare Arena with guests Tauren Wells, Pat Barrett, Nicole Serrano and Chris’ Pastor Darren Whitehead. For tour dates and ticket details, visit https://christomlin.com/events 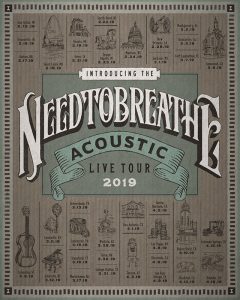 In support of their upcoming release, NEEDTOBREATHE has released a new set of concert dates, titled the “Acoustic Live” Tour 2019. Kicking off in February and running through April, NEEDTOBREATHE will be making stops at 35+ venues (concert halls and theaters) across the country. For tour dates and ticket details, visit www.acousticlive.needtobreathe.com 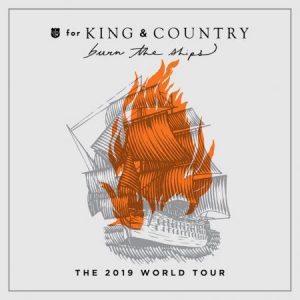 Two-time GRAMMY award-winning duo for KING & COUNTRY will bring their acclaimed live show to audiences around the world with the announcement of their Burn The Ships World Tour 2019 where they’ll perform music from their third studio album, burn the ships. The band will begin their global trek at the end of January in New Zealand and their homeland of Australia and will be hitting the United States for a run of dates starting on March 8th in Augusta, GA. This new tour will see for KING & COUNTRY bring their highly theatrical, inspirational, and laser/LED video wall-filled concert to more intimate theatres, and will make stops in markets like Savannah, GA; Birmingham, AL; and Memphis, TN before wrapping up in Beaumont, TX. For tour dates and ticket details, visit https://www.forkingandcountry.com/#shopify-section-1529424857742 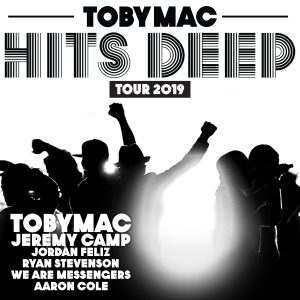