This fall for King & Country took a chance and went into small theaters across the U.S. with the hope of introducing fans to their new album Burn The Ships in a personal and intimate way. The band says it was such a euphoric experience for them and was so well received that they’re carrying it on in the winter + spring of 2019 as part of “Burn The Ships | World Tour”. The tour launches Jan. 25 at Christchurch, New Zealand’s La Vida Centre and wraps April 20 in Beaumont, Texas. Get ready to set sail! 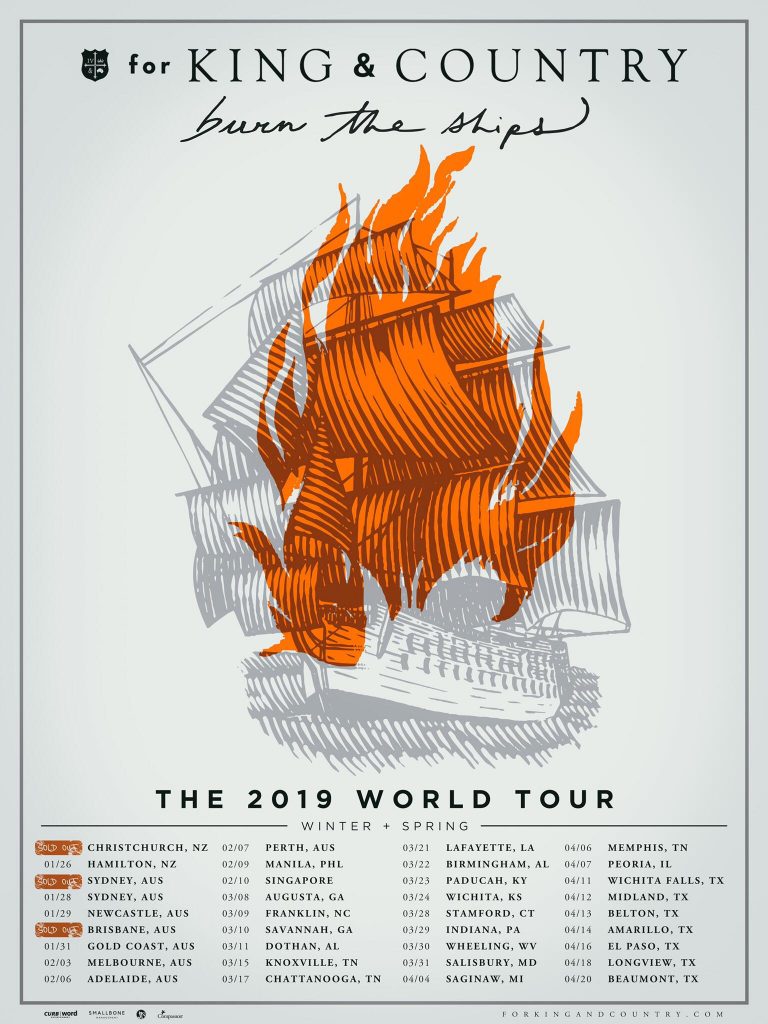