Two weeks before TobyMac’s The Elements hits, the 7X GRAMMY® winner is unveiling the newest single “Scars,” a track that is admittedly close to the artist. Processing life as a believer, husband, father and artist fueled the cultivation of his upcoming album, available Oct. 12. Pre-order for The Elements is available now, with an instant gratis of “Scars.”

TobyMac was honored with the RIAA certification for his sixth solo gold record – the GRAMMY® winning THIS IS NOT A TEST – in his hometown of Nashville. The honor comes two weeks before the multi-platinum selling artist drops The Elements, his first new album in three years. 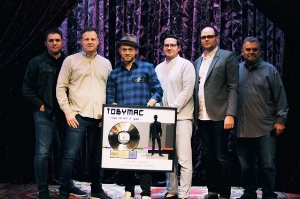 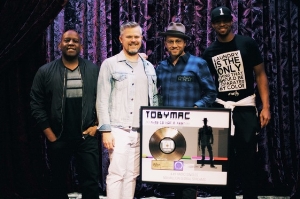 The Elements boasts TobyMac’s biggest song in six years, “I just need U.” along with the current radio favorite “Everything” which is currently No. 3 at Hot AC, No. 9 at AC Indicator, No. 8 at Christian Airplay and No. 12 at AC Monitored.

To pre-order, The Elements click here. For the latest touring information, including his upcoming “TobyMac & DiverseCity Band: The Theatre Tour” along with the 2019 arena-filled “HITS DEEP Tour,” visit www.TobyMac.com.

About TobyMac:
With more than 5 million units in career sales and a whopping seven GRAMMY® Awards, TobyMac’s career continues on the fast track. His most recent RIAA Certified Gold studio album, THIS IS NOT A TEST garnered a GRAMMY® Award, Billboard Music Award nomination on top of a high marking debut at No. 4 on the Billboard Top 200. Each of his six studio solo projects have achieved Gold certification, a first for any artist in the history of his label, Capitol Christian Music Group. Among those EYE ON IT, which debuted atop the Billboard 200, only the third ever Christian album to do so. The Elements, his awaited newest collection of music, will release on Oct. 12 boasting “Everything” alongside the chart-topper “I just need U.”

Elements, everything, I Just Need U., Scars, TobyMac