Behind The Song: Crowder Shares The Heart Behind His Single “All My Hope (feat. Tauren Wells)”

Home Christian News Behind The Song: Crowder Shares The Heart Behind His Single “All My Hope (feat. Tauren Wells)”
NextPrevious

Behind The Song: Crowder Shares The Heart Behind His Single “All My Hope (feat. Tauren Wells)”

This week’s featured song story comes to us from Crowder. We’re excited to share with you the story behind his single “All My Hope (feat. Tauren Wells).”

“There’s not a single one of us that can’t identify with and understand what it feels like to be shackled & bound to something. We know we’re not living in the freedom that we’ve been given through Christ. This song it’s so hopeful because our hope is in something as grand as the salvific action of the one and only son of God. I got to see a physical manifestation of what that looks like to find physical freedom and that’s what I want for my interior and that’s what this song is all about. My hope is in Jesus.” – Crowder

Click on the video interview below to hear Crowder share the full story and meaning behind this track, and scroll down to listen and read the full lyrics of the song. 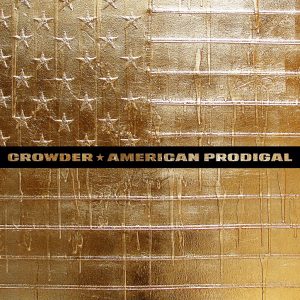 There’s a kind of thing
That just breaks a man
Break him down to his knees
God, I’ve been broken more than a time or two, yes, Lord
Then He picked me up
And showed me what it means to be a man
Come on and sing

All My Hope, American Prodigal, Behind The Song, Crowder, Heart Behind The Single, Song Story, Tauren Wells