Get Your Happy Dance On. MercyMe’s Brand New Music Video Is Here!

Get Your Happy Dance On. MercyMe’s Brand New Music Video Is Here!

The moment you’ve all been waiting for is here. It’s time to get your HAPPY DANCE on because MercyMe’s brand new music video is here! Watch it below and try not to laugh, we dare you.

“It’s just a fun song and it’s meant to be silly. My favorite part is the bridge because when I was a kid, football was a big deal in my life. In high school football, every high school in the world has this kind of drum cadence they play when the marching band would come out at half time. When I was eight, I had been playing football on the side of the field with my little friends with our little duct tape football and when we heard those drums we would stop and watch the band come in. I’m sure they’re all about the same, and so I was telling the producer I want a bridge that has this drum groove like my high school band used to do because it was so cool, so awesome. And my wife who was a cheerleader had to dance to this drum cadence like this little fight song dance thing she’d do. And it was kind of an inside joke and so on the mic I was explaining how it goes, “boom, chock, boom, chock, um boom”. Well, they were recording it and ended up using me singing that as the beginning of the bridge and it became this whole awesome marching band moment. It is my favorite bridge and the funny thing is the first time I played it for my wife, I was like, “you got to hear this”. When I hit play and it got to the bridge, she went, “OH! Oh yeah” and she started doing her dance. “ – Bart Millard (MercyMe)

“It is a fun song, my kids love dancing to it and it’s always the one they request first in the car. It’s a lot of fun. If you can hear it and not go “oh yeah!” or “what!?”, then you are taking yourself too seriously. It will make you smile either because you are enjoying it or laughing at it. Either one. Win win.” – Mike Scheuchzer (MercyMe)

From the album LIFER. 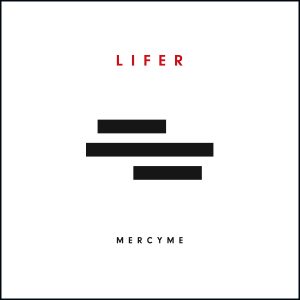